My reading for February was altogether different from January. That’s because I only finished one book. 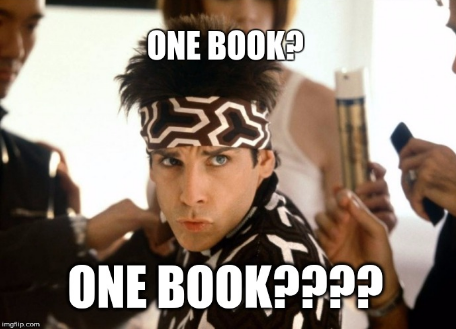 The book I read was short. But I’d like to ask for extra credit because mainly I was devouring a 1,168-page saga/trilogy compiled into a single book, but before I could finish it, my loan expired. I KNOW.

So for the month of February, the book I actually finished fell into the romantic end of the spectrum. Drumroll… 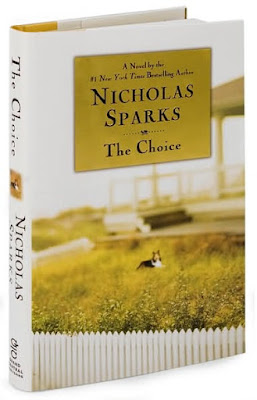 The Choice is broken up into two sections, the first telling the tale of a young woman’s choice between her boyfriend and another man she’s falling for, while part two focuses on her life with her husband and a choice he has to make. This book isn’t the super-fluff that some chic lit romances are made of; it’s a bit of a drama, and it’s got a lot of internal debate happening when the characters are faced with different decisions. Hence, you know, the title.

Because it’s Nicholas Sparks, I felt like I had Certain Expectations based on his reputation alone. It’s worth noting that I had never read a novel by Nicholas Sparks before. So while I didn’t feel like The Choice was as amazing as Mr. Sparks’ reputation would imply, I can’t say it didn’t stack up to his other works because I wouldn’t know. I did expect it to be better written and a little more moving. Plus, there are some rather unfavorable decisions in this book that were a bit morally questionable. (Trying not to give away plot is hard!)

Overall, though, this book was a nice sort of mediocre. It did keep me engaged until the very end. The characters and beachy scenes were memorable and made for a good little escape. It seems like Mr. Sparks is better at writing men than women, and sometimes the leading lady was a touch frustrating or difficult to deeply identify with, but not to the point where I didn’t want to finish the book.

All in all, this book is what I was looking for. It was a page-turning tale with moments of drama and romance, and while it wasn’t extraordinary, it was enjoyable. (The other book I was tackling was a tad heavier, so to speak.)

The Choice was an extremely quick read, coming in at 250 pages, so if you need to kill some time and you like romances, let me make the decision easy for you–just give it a try.

March is shaping up to be a fantastic month of reading, if I have my way. I’ll finish my insanely long novel, and hopefully pick up a few shorter reads to round out my list. It should probably be noted that I don’t usually have my way, though. I’ll let you know how it goes in a book review at the end of March.

If you’re wondering how I get my books, I actually wrote a little guide on checking out e-books through your library’s online database. I’m a nerd that way.

Before you go, leave some book suggestions for me to read in the comments! Or, if you’ve read The Choice, did you agree with how I felt about it? I gotta know.