First, a few anecdotes: Sylvie is just one of our little blessings around here! I’ll write about her older brother soon. Her name is the French form of the name Sylvia, which means of the forest. Ry and I love the sound of her name (sounds silvery!) and the meaning too, a little reminder of some of our favorite places. There was a beautiful snow fall on the morning she was born. She had an interesting first year, but I already wrote about all of that, so here’s more info on this darling girl who is not exactly a baby, but not exactly a toddler. 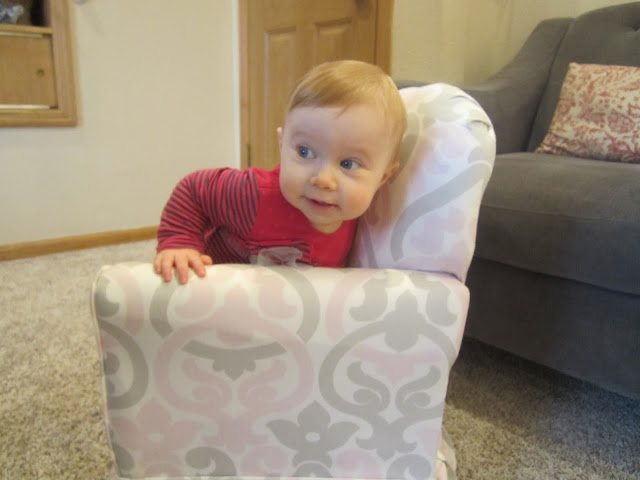 Sylvie is more than a year old and showing it! She seems to know she’s a “big girl” now and charms us all with her one-year-old antics. She’s cheerful, smiles and laughs a lot, demands the attention and food she needs, feeds herself as much as she can, and goes to sleep on her own (when she’s home). She loves all kinds of food but has a bit of a sweet tooth, preferring pears and peaches to peas and carrots. Like her mother, her favorite vegetable is Hy-Vee green beans, and she adores a good bowl of spaghetti. 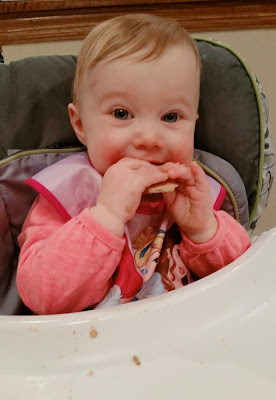 Sylvie is more vocal than Kai was at this age, and is less patient for food, tugging on my pants and fussing while I cook, sometimes even after I offer Cheerios. She loves fruit and veggie puree packs, as long as there is a sweet component to them. Thankfully, she doesn’t seem to have any allergies. She drinks whole cow’s milk like a pro, though she doesn’t have the hang of tipping her cup up far enough so I usually help her. 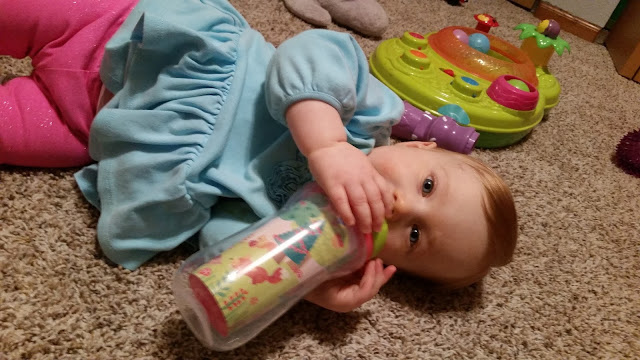 When she wants something she extends her hand and says “AH!” at it. Other times she signs (sign language) “milk” when she either
a) wants food
b) wants a toy, or
c) actually wants milk.

When she is done with something or doesn’t want the food I’m offering, she shakes her head no. She is good at signing “please,” though, which is so adorable it’s nearly impossible to deny her what she wants. When she’s fussing and I ask her, “What do you say?” she answers by signing please. Sylvie says “mama” and “dada” and not much else (other words have been heard perhaps once or twice, so I’m not sure if they count).

She doesn’t walk on her own just yet, but will walk supported or holding on to a grown up. She has strawberry blonde hair that sometimes looks truly red, and other times looks like a confusing (but beautiful) array of colors. Just as soon as I’m sure she’s looking more blonde, the next day her hair looks red to me again. She loves kisses and hugs and will grin excitedly and throw her head back (rather violently) to get kisses on her neck.

She loves music sooo much and has basically become the family DJ, making sure some toy is playing music while we play. She loves to cook on the play kitchen daddy made her (maybe I’ll make that a post here in a few days) and seems to take after me quite a lot, except that she is much more of a social butterfly. She loves to play with anything that’s not a toy. 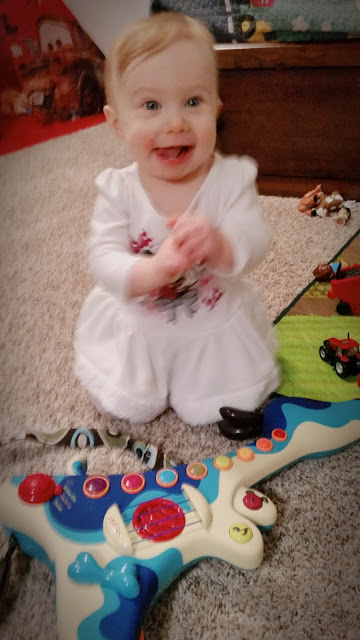 But perhaps her favorite activity is cleaning. Nana and grandad got her a toy diaper bag for Christmas, and inside was a container of “baby wipes” or little cloths. Well, these things are her best friend. She loves cleaning with them, and even chewing on them. 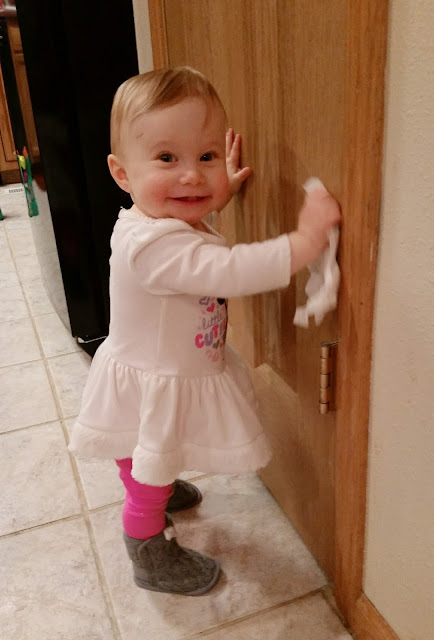 She does seem to be constantly teething, though only two bottom teeth have made an appearance so far. 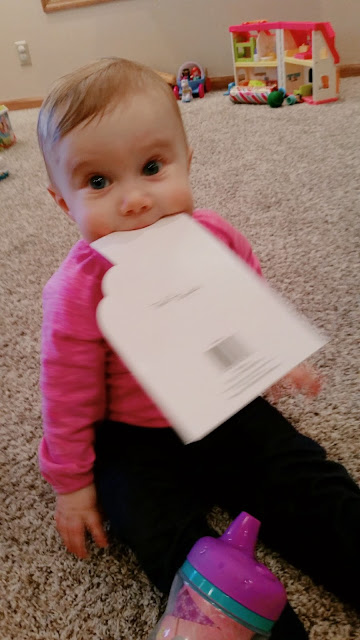 She is great at sharing with her brother, but the feeling isn’t always mutual. Playing together can be tricky, but when it happens, it’s a beautiful thing.

She had her first fit last night when I told her it was time for night-night and started to pick her up where she was playing. She screeeeamed at me and fussed a bit even through hugging daddy and Kai. It was actually adorable, but I’m sure the novelty will wear off.

She had her one year doctor visit recently (we’re a month behind, so it was done closer to 13 months), and while that visit was nearly trauma-inducing, the fun part was learning about her growth. She’s small but, of course, not too small, and doing very well.

Sylvie gives us so much JOY and laughter. She’s taught us to listen and be patient, to ask questions and to learn, to lean on God when things are tough, and to always have Cheerios on hand. She is so precious and sweet and spirited, and we are so thankful for our littlest love.